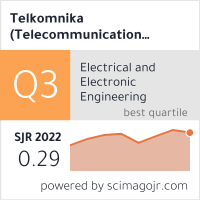 A Novel Approach for RSS-based Fingerprinting Location System in GSM

Received signal strength (RSS)-based fingerprinting location systems have attracted much attention in recent years. No additional hardware is required for it implementation to existing networks. However, by analyzing the realistic measurements from GSM, we find that not only the RSS but also the neighboring base stations heard at some reference point will change over time. But the relative order of neighboring base stations (NBS) sorted according to their RSS are more stable. In this paper, we present a confidence coefficient of base station based on a gridding approach to get a relative accurate NBS during the offline phase, and proposed a novel algorithm with Longest Common Subsequence Matching Degree (LCSMD) of base station vector (BSV), which uses the relative order of NBS sorted according to their RSS. To evaluate our proposed method, we collect the realistic data from GSM network. Results show that the method based on LCSMD improves the positioning accuracy compared to the original method.

This work is licensed under a Creative Commons Attribution-ShareAlike 4.0 International License.